The order of search and replace items matter. Find and replace will start from the first match and move on to the next one, hence, finding every match up until the last one.

To find and replace the information linked with the shipments, let’s first see how it looks and what needs to be changed.

Generally, this is how a shipment looks like on the Yanwen page: 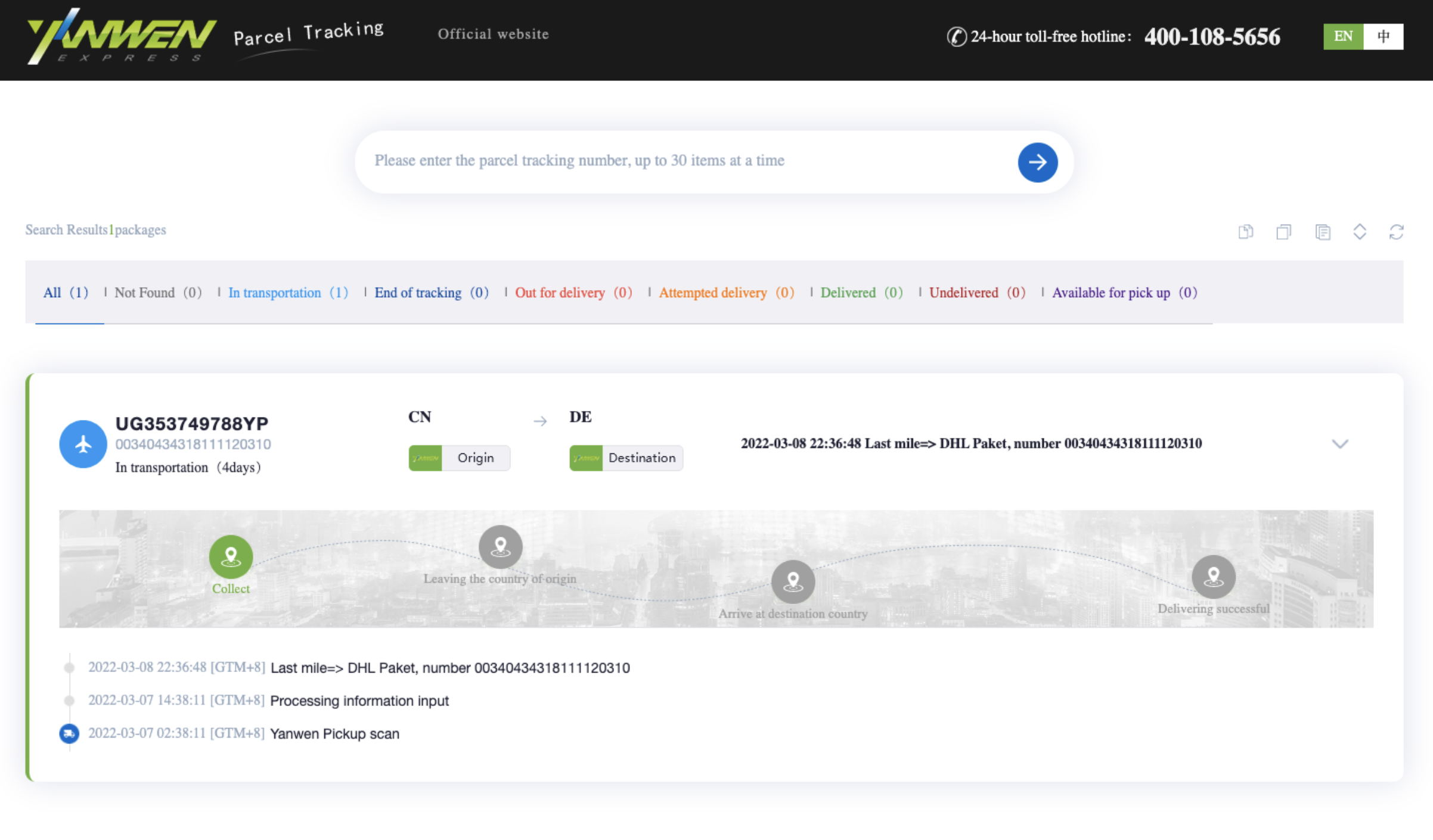 It gets translated in the Rush system as shown in the image below:

Similarly, it gets mapped on the tracking page in the following way: 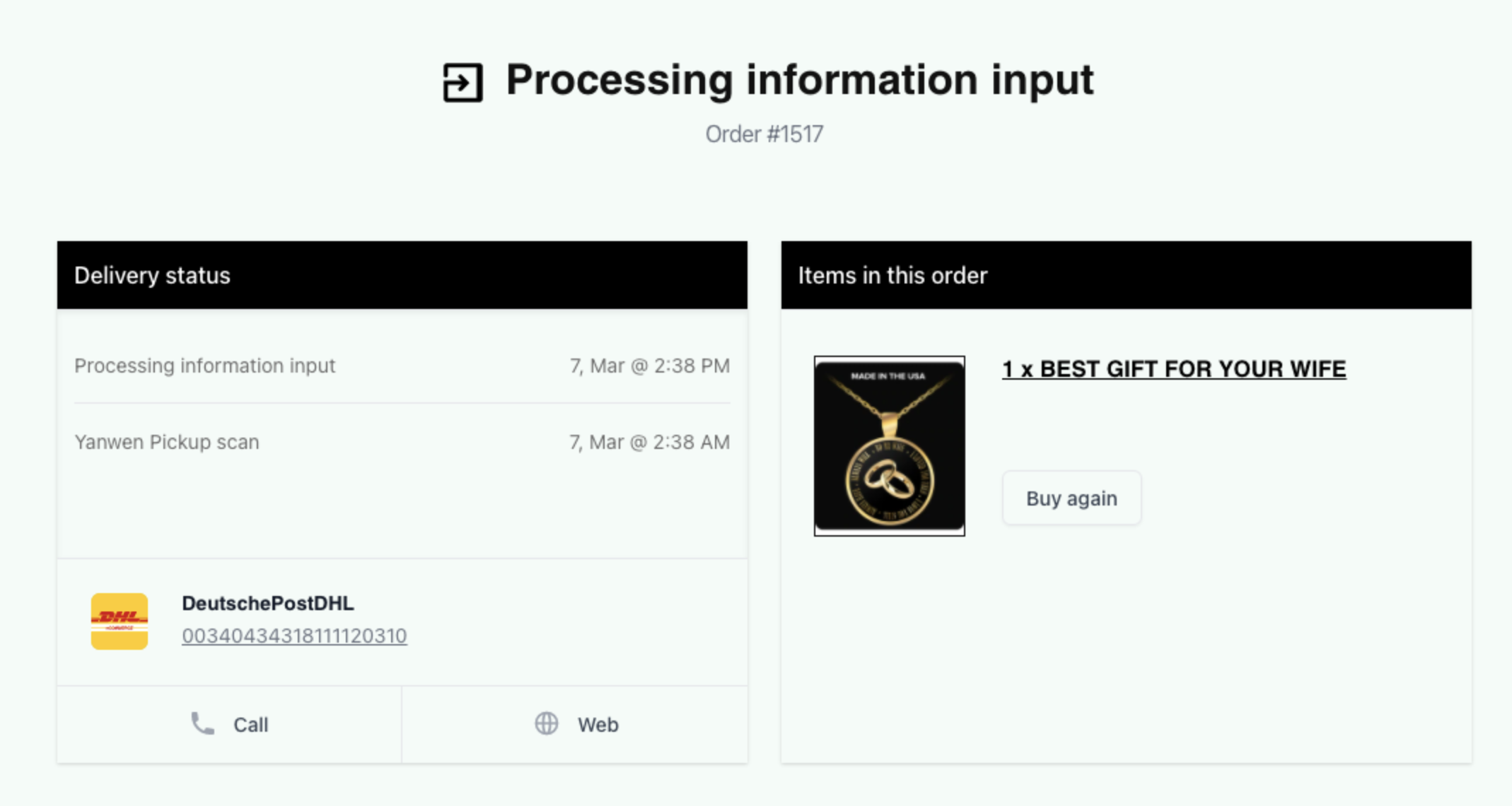 Now, instead of showing Yanwen in the shipment message to the customers, you can replace it with The Best Carrier by following the steps below:

That’s all! Your tracking page will now hide Yanwen from customers and show The Best Carrier instead.

Here is an example of what the tracking page will look like now: 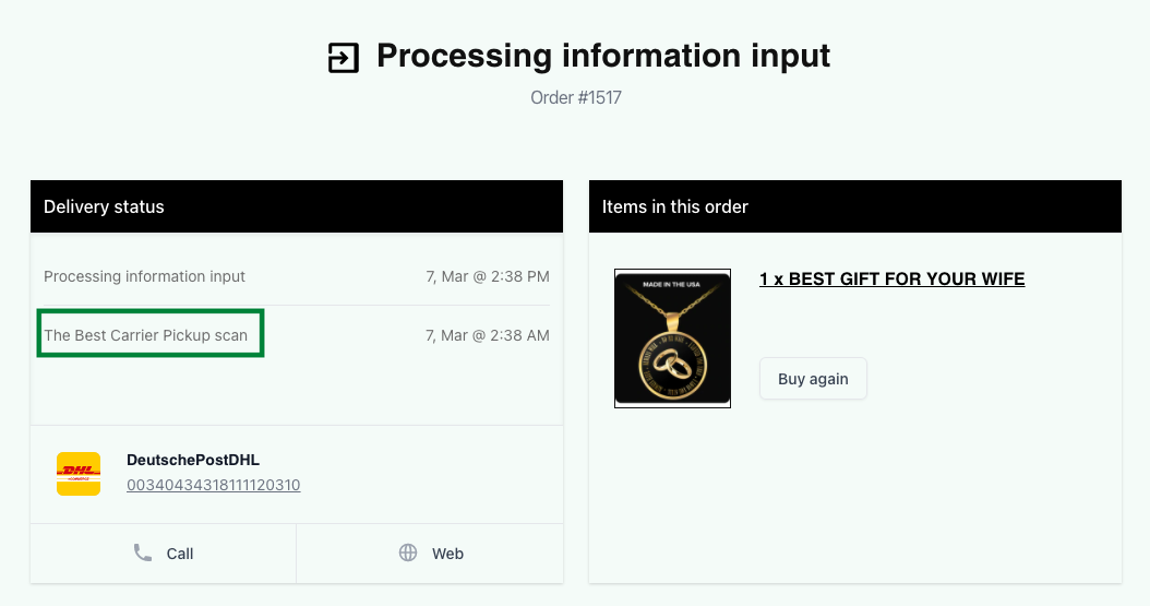 Also, this change will be reflected in the shipments in the Rush system:

Use RegEx to find & replace

If we want to find and replace all of those with The Best Carrier, we will have to write it 3 times; one for each variation.

To serve the purpose, specify it as a RegEx and type /yanwen/i, like in the image below:

Hit the Save button. Doing so will replace all occurrences of Yanwen no matter the letter case, with The Best Carrier for the existing as well as the future shipments.

The examples below will give you an idea of what type of words do the dropshipping merchants find and replace.

To view the complete list of words on which find and replace is commonly used, checkout this Google sheet.