Written by Slav
Updated over a week ago

We tag your shipment based on its new shipment event with one of the following statuses.

Based on those statutes further notifications are sent.

On top of those statuses, we provide more context with sub statuses. You can see the sub statuses below along with their description:

Filtering based on statues

You can filter statuses inside the Shipments tab 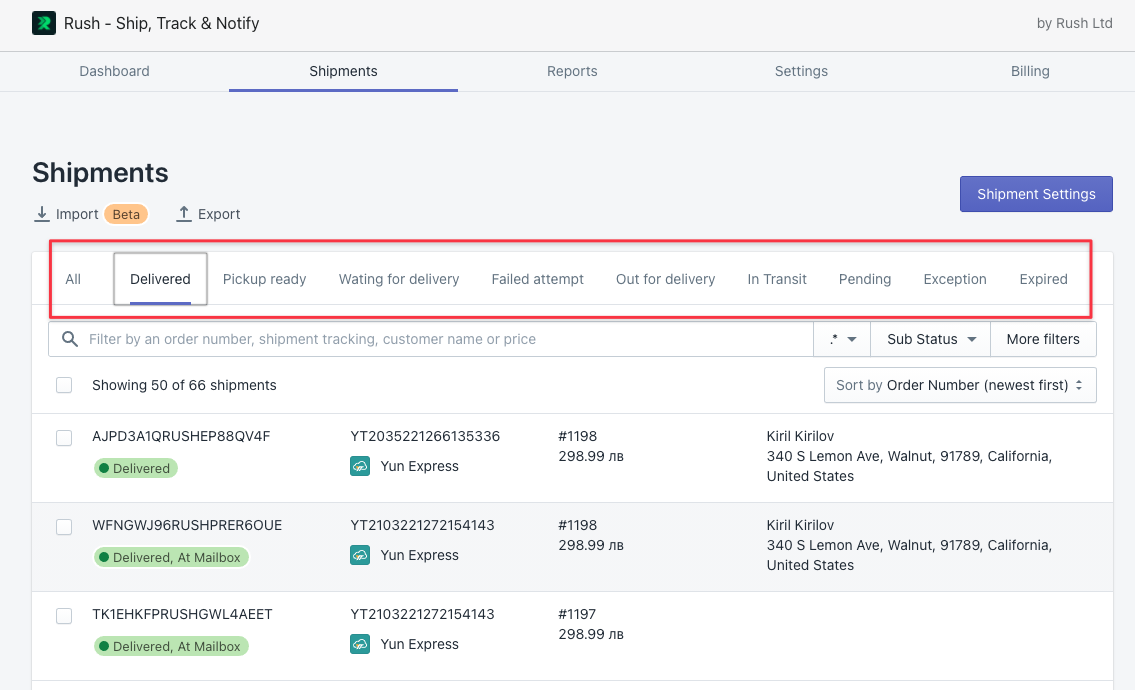 Further, you can filter to specific status by `Sub Status` list: